Guide to the Hollybush Summit Collection

History of the Summit

For three days in June of 1967, Glassboro, NJ, became a news item - it was the meeting place of then President Lyndon Baines Johnson and Soviet Union Premier Alexei Kosygin to discuss US-Soviet relations.  The meeting took place at the Hollybush Mansion on the campus of then-Glassboro State College.  At the time, the U.S. was involved in the Vietnam conflict and on June 5, 1967, the Six-Day War between Israel and the Arab states erupted. As a response to this conflict and in effort to increase cooperation and relations between the U.S. and Soviet Union, the two agreed to meet, but President Johnson wanted a neutral place.  Since Kosygin was speaking at the United Nations Headquarters in New York City and Johnson was in Washington, D.C., a halfway point was needed and Glassboro was determined to be the ideal spot for the Summit.

Images and Artifacts from the Summit 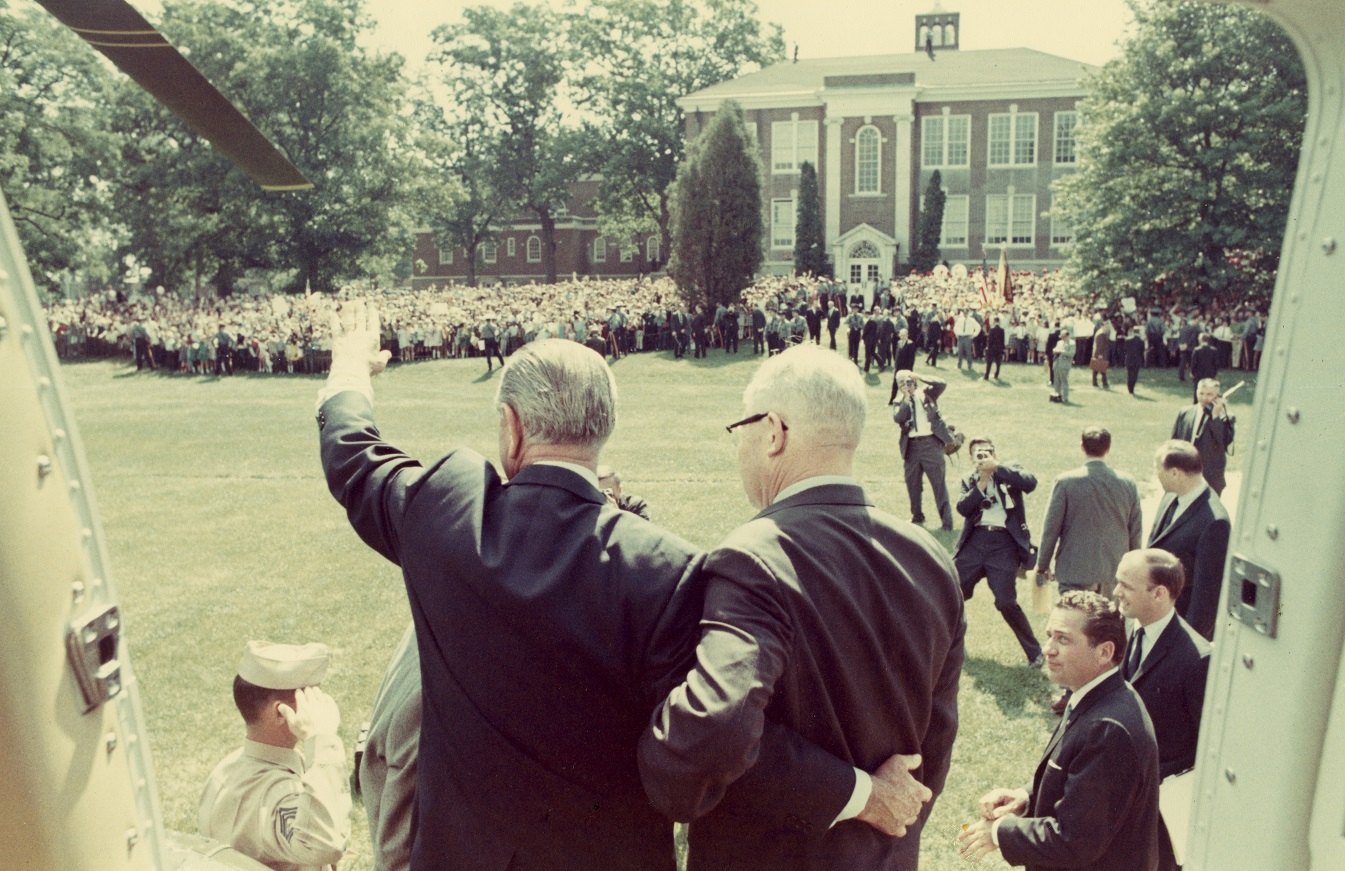 On June 23, 1967, United States President Lyndon Baines Johnson (left) was escorted off of his helicopter, Marine One, by Glassboro State College President Thomas E. Robinson (right) , onto the lawn of of Bunce Hall, where a large crowd awaited. 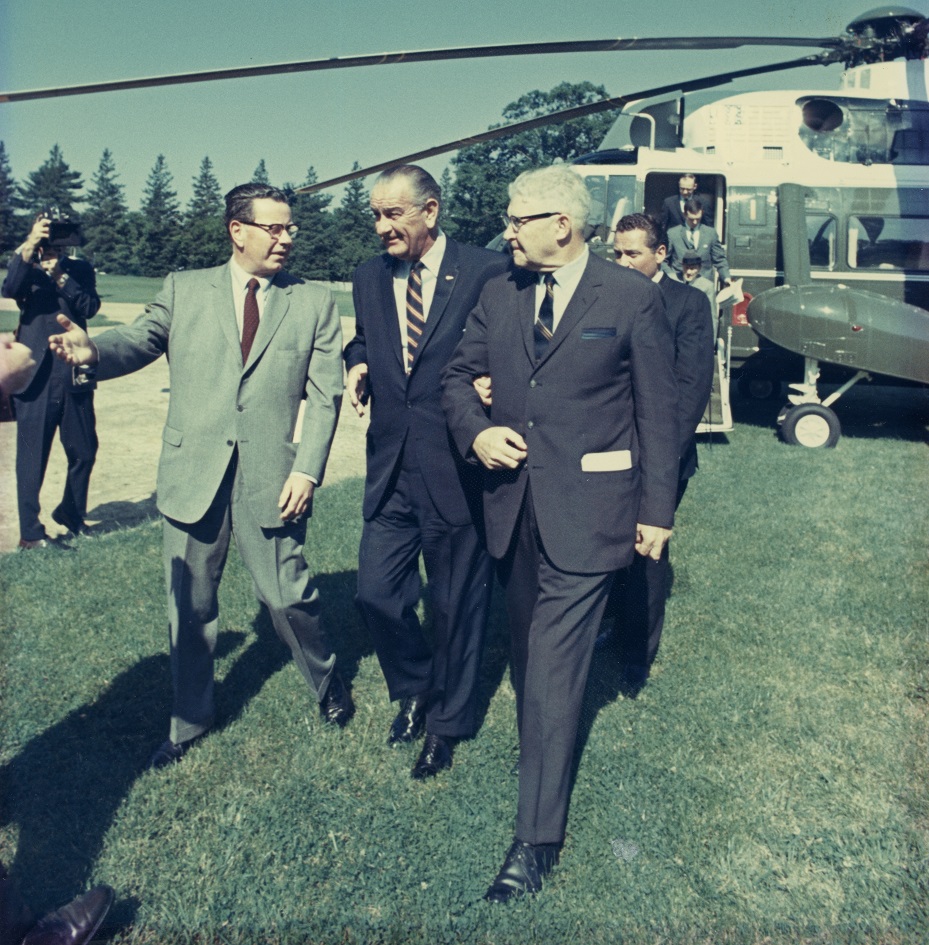 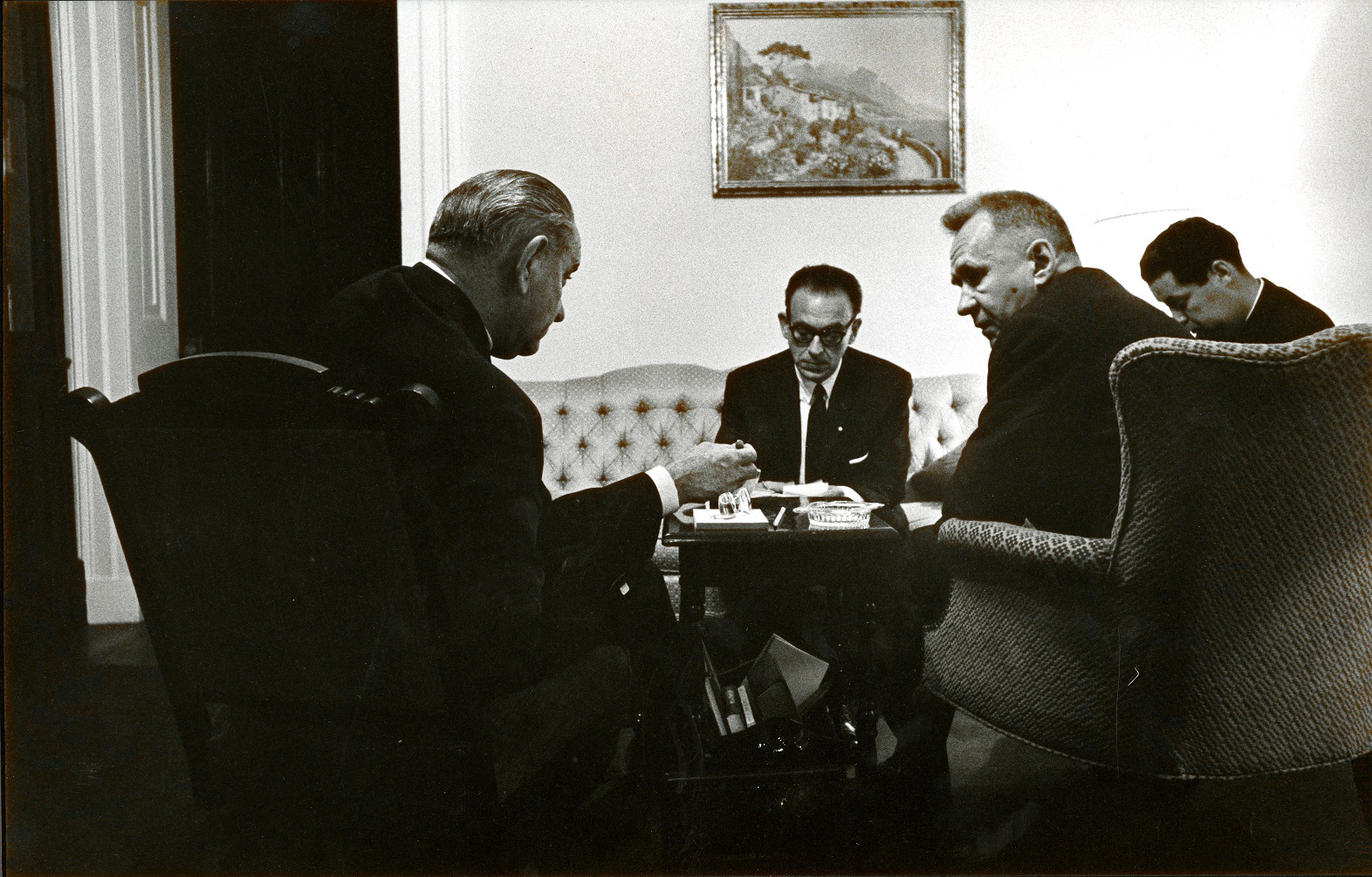 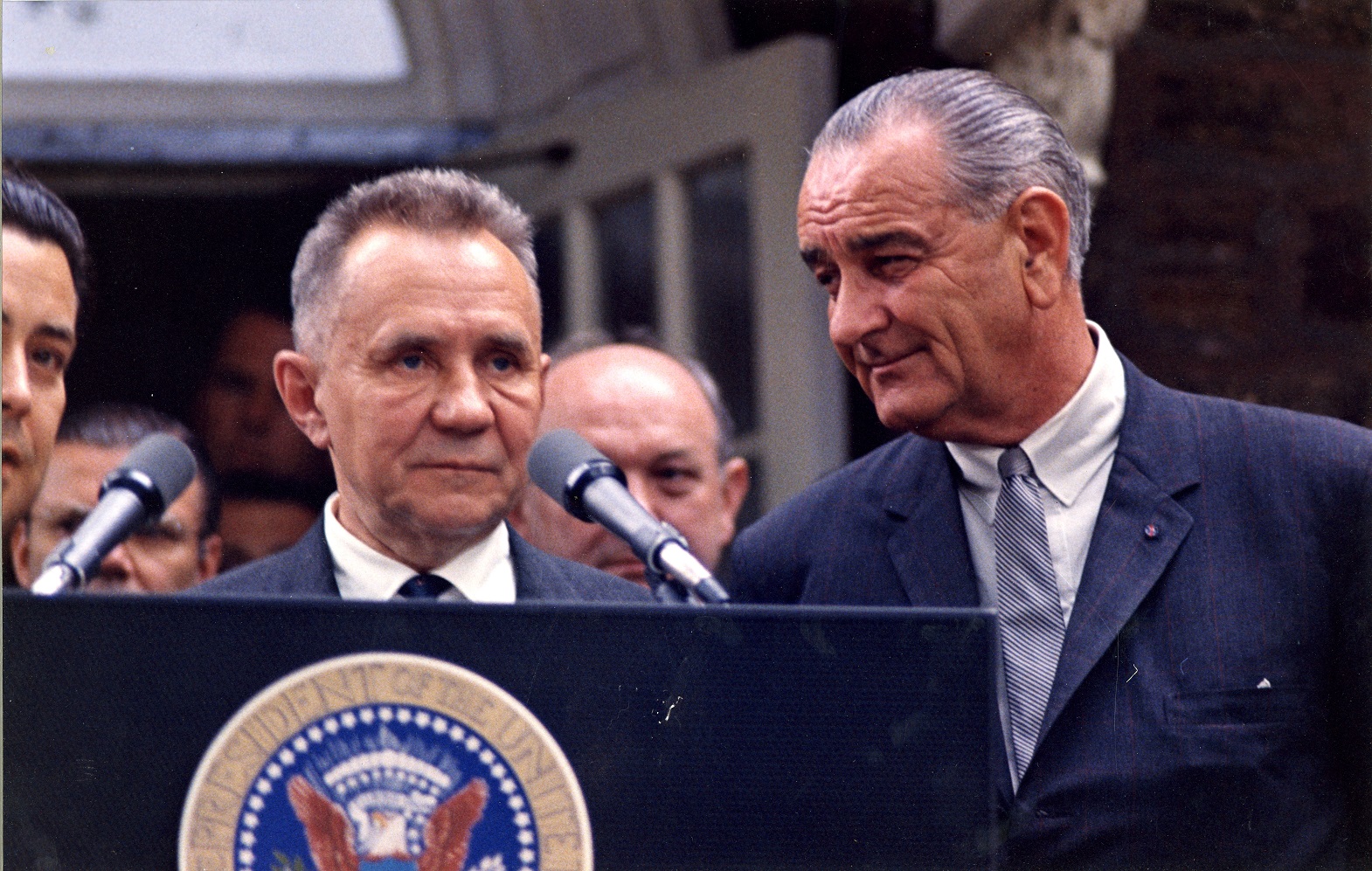 Premier of the USSR Alexei Kosygin (left) and United States President Lyndon Baines Johnson (right) hold a press conference outside Hollybush Mansion in June of 1967 following their Summit talks (this photograph was likely taken on June 23, 1967). 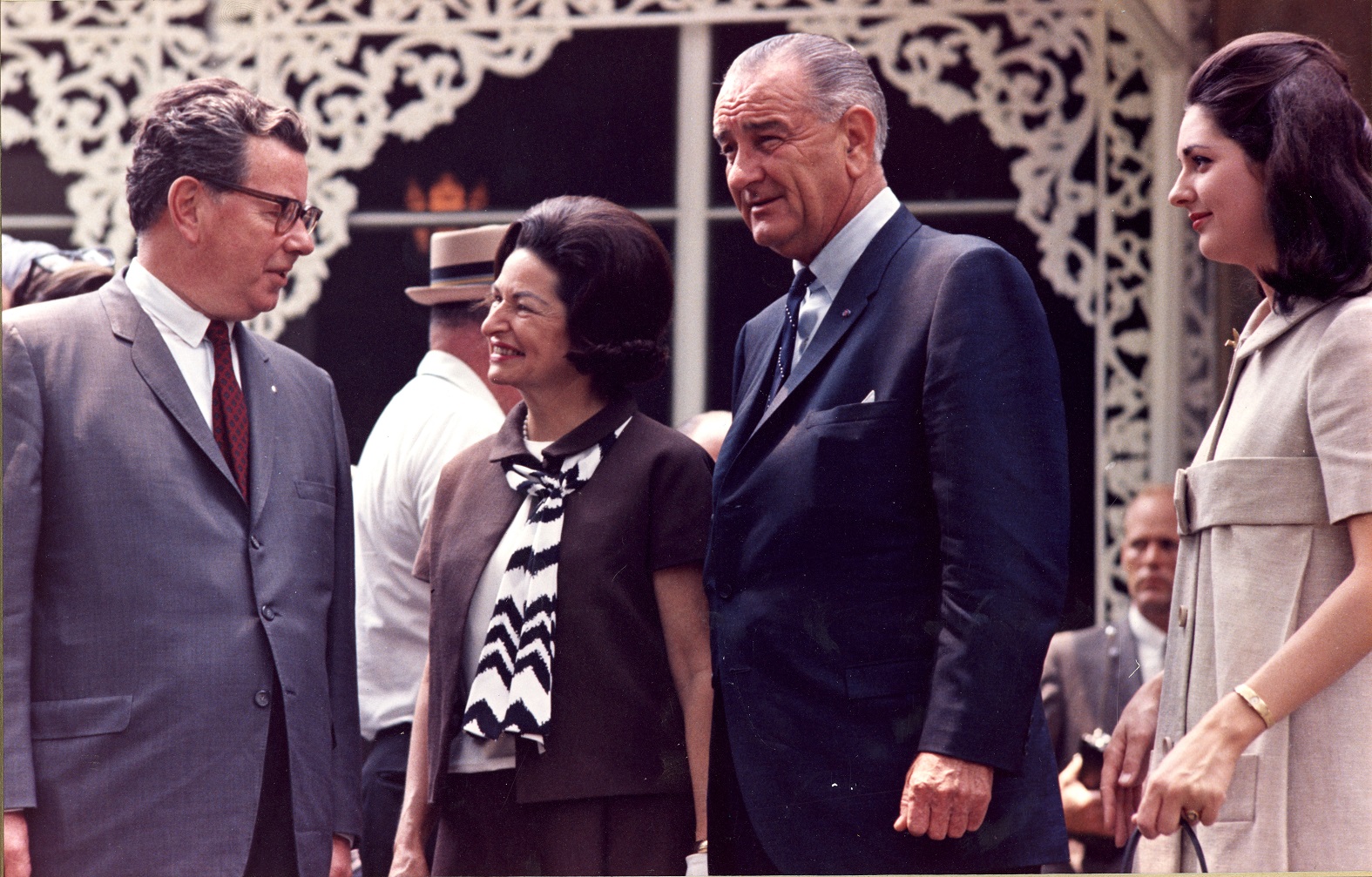 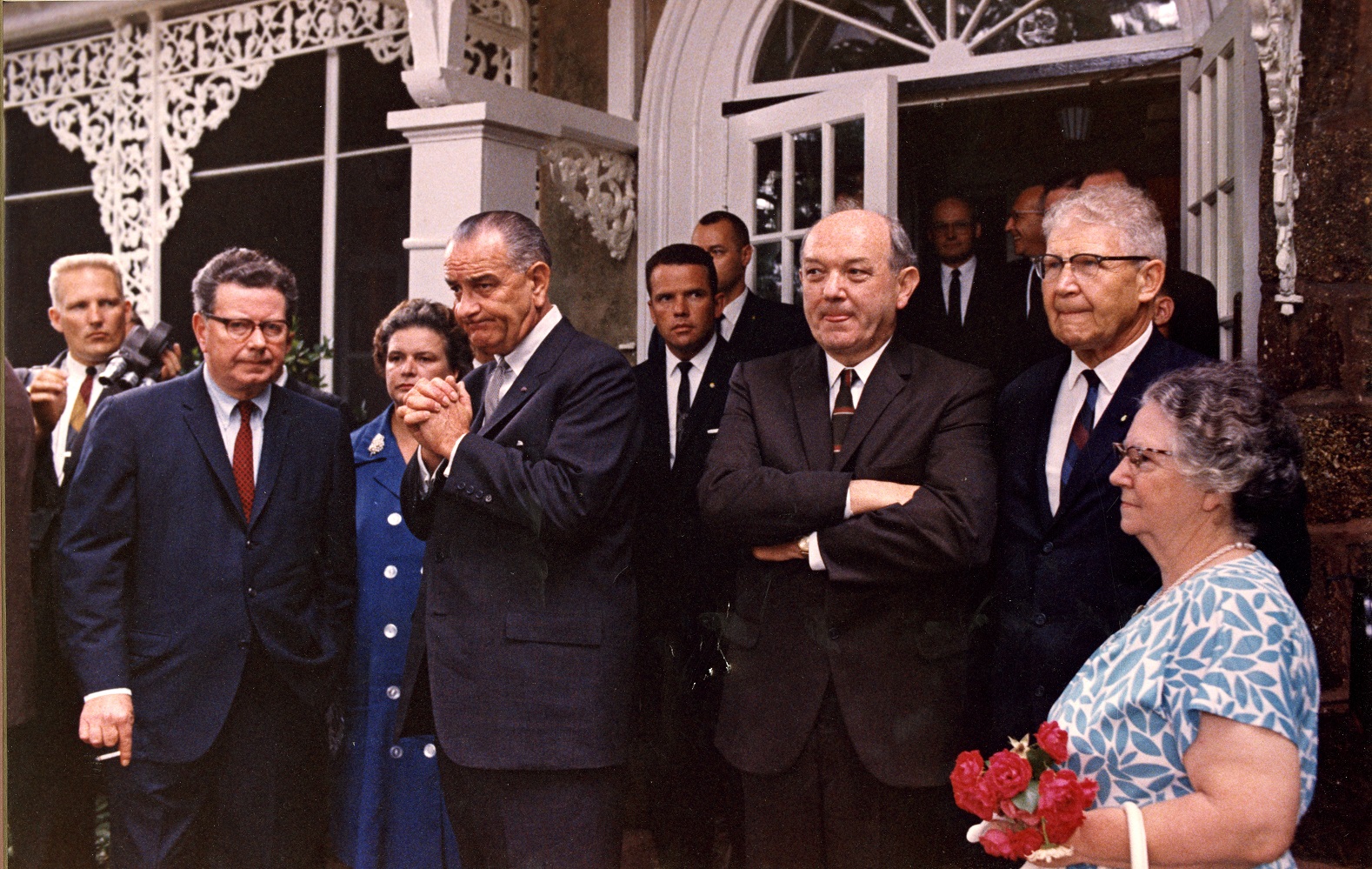 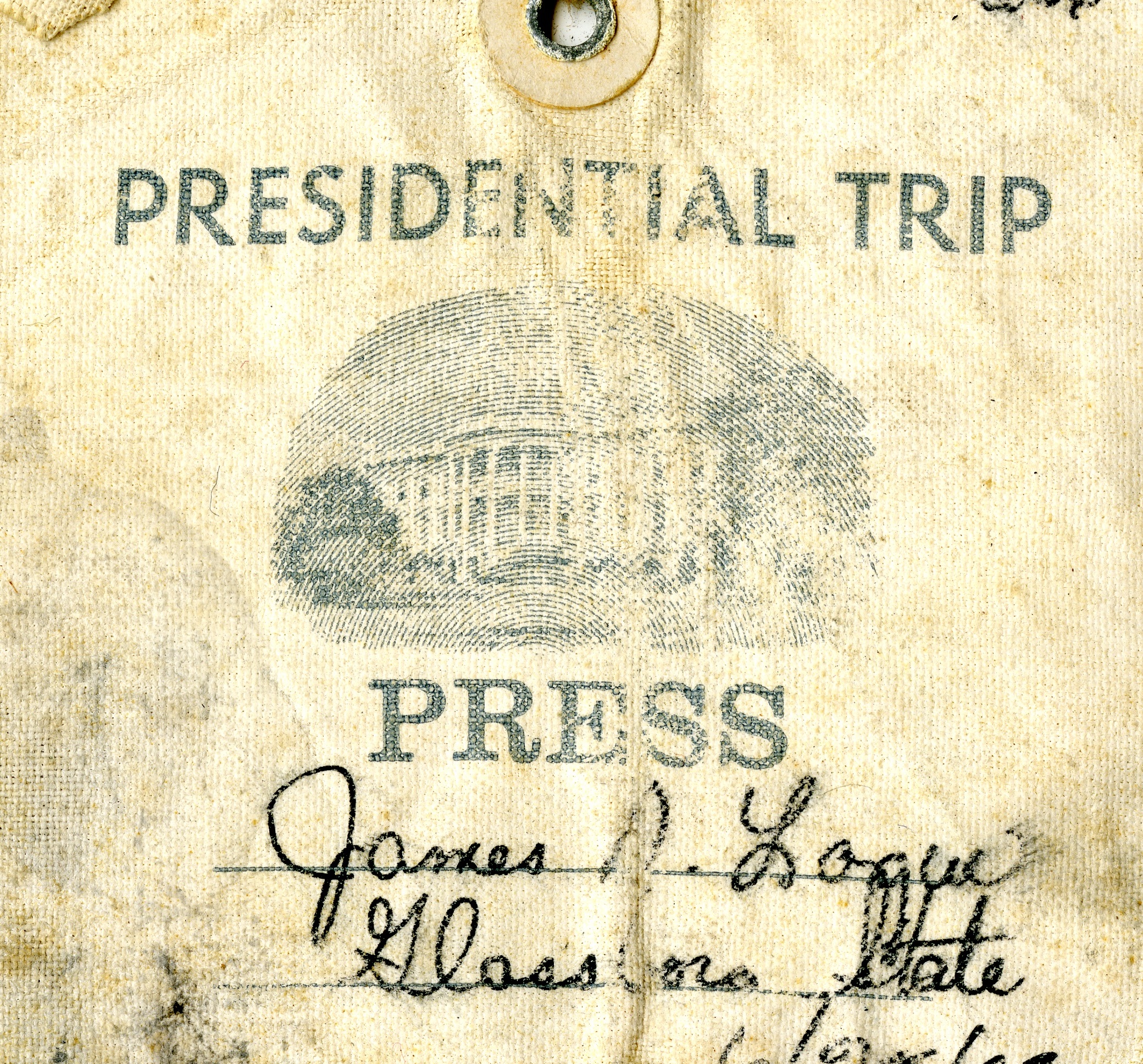 Photographer James D. Logue was employed by then-Glassboro State College to document the Hollybush Summit.  This is his press pass from June 25, 1967, the final day of Summit events. 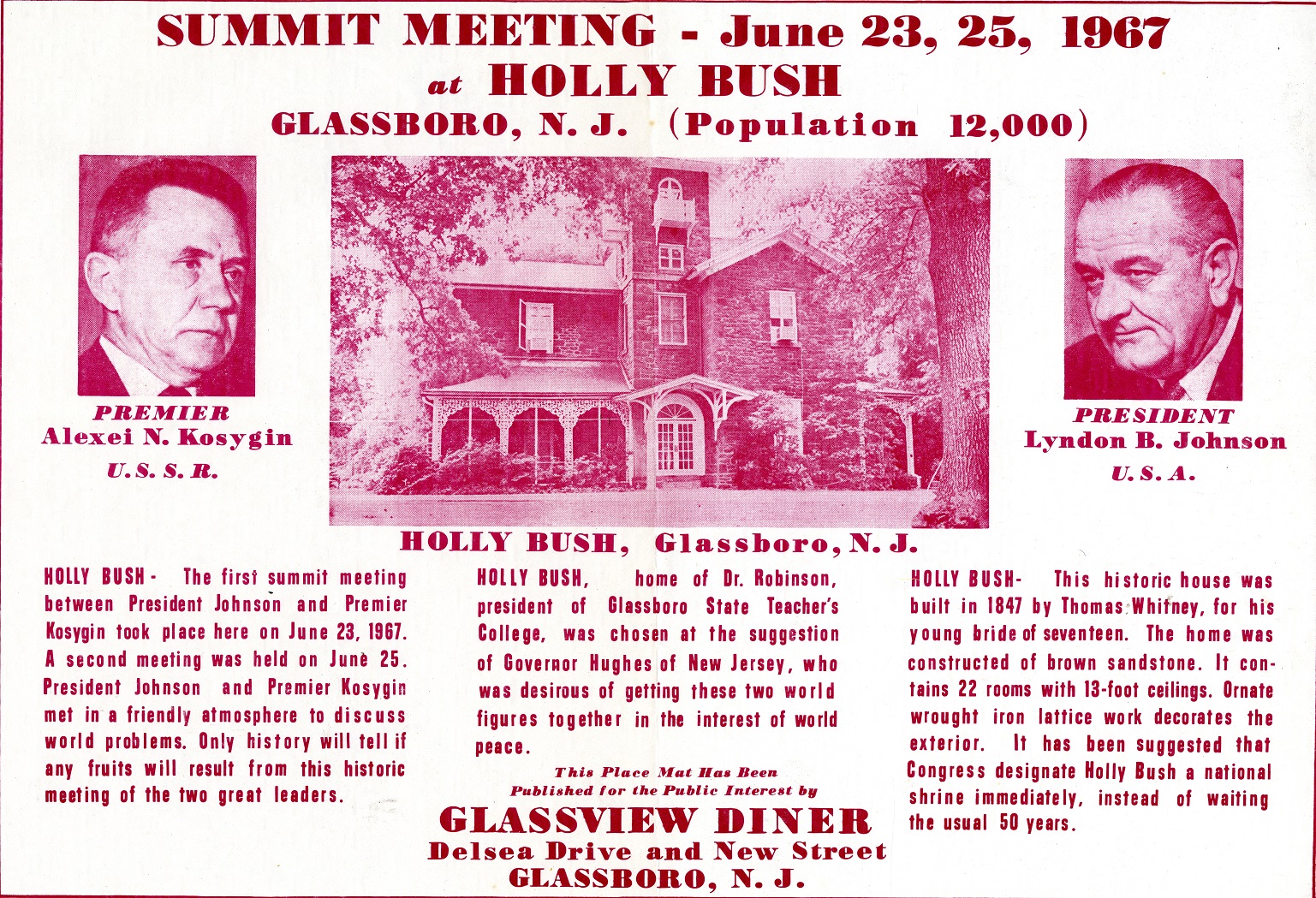 Many Glassboro businesses excitedly anticipated the increased patronage the Hollybush Summit would bring in the aftermath of the meeting.  The Glassview Diner, which was then at Delsea Drive and New Street, published this placemat with noteworthy facts to inform its patrons of the historic event that occurred in Glassboro, NJ. 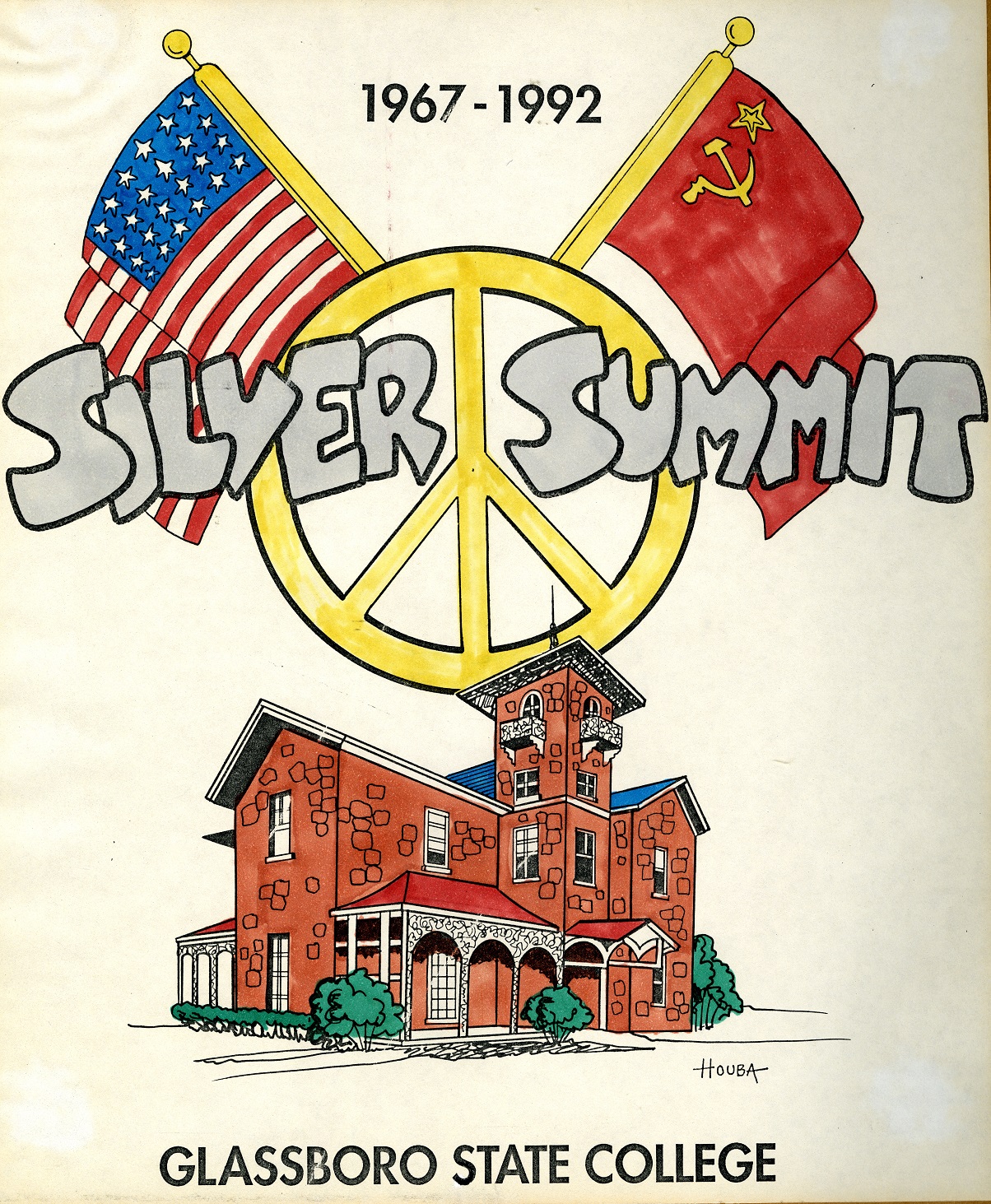 The Hollybush Summit has been commemorated in many ways and on many anniversaries since 1967.  This poster was drawn by Jim Houba, then-Glassboro State College student, in 1992, in celebration of the Summit's 25th, or silver, anniversary.